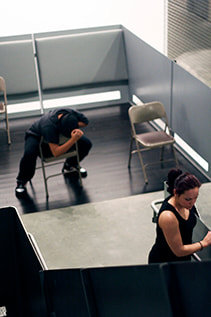 The mission of the Arts, Communication & Teaching Academy (ACT) is to challenge and inspire its members to become proficient, creative, and innovative teachers, learners, and producers of the arts and academics who respect and understand the global community at large. In collaboration with Director Deanna Camputaro, Dancing Legacy produces an annual project with ACT students to present at Dancing Legacy's Mini-Fest. Working with Dancing Legacy professionals, class members learn Repertory Etudes and create original works of art and dance to explore in-depth the relationship between a professional choreographer and the lives of Central Falls teenagers. Having access to professional facilities, audiences, and content as part of this project gives students a powerful authentic opportunity to engage with dance as a rigorous, inspiring discipline, and the creative work that they produce adds to the vibrant ongoing dialogue between the legacies and the future of American dance. 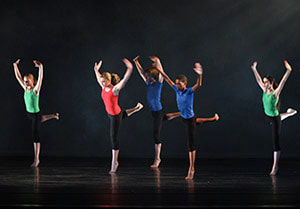 Bak Middle School of the Arts (Bak MSOA) is an arts magnet middle school for students in grades six through eight. Bak MSOA Dance Department has four full-time faculty members and nearly 200 dance majors with courses in ballet, modern, jazz, multi-cultural, tap, and an audition-only repertory class. Students perform at least twice per year. Through an annual fall residency, Dancing Legacy exposes all Bak dance majors to excerpts of various Repertory Etudes in classes while the repertory class dancers have the opportunity to be immersed in a work by learning it in one week, similar to the experience a professional dancer has in a company. Beyond the annual residency, Bak assisted in the development of Battleworks Etude, including a featured role by Bak students in the instructional video; and in summers 2013-15, Bak and Dancing Legacy co-hosted a week-long RepEtudes workshop. All Dancing Legacy/Bak activities are supported by the Middle School of the Arts Foundation, whose mission is to develop permanent resources to ensure world-class standards of excellence in arts and academics at Bak MSOA. 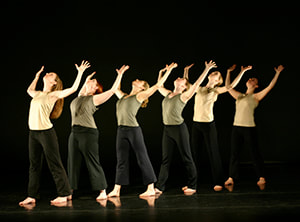 Dance Extension, a modern dance repertory company, was established at Brown in 1979 by Dancing Legacy visionary Julie Adams Strandberg on the premise that the training of dancers must include the opportunity to perform, teach, and revisit masterworks. While the dancers in the company were encouraged and supported to create their own work, they also had the rare opportunity to work with some of our most revered choreographers and some of our most exciting contemporary innovators. Dancing Legacy provided Extension dancers with opportunities to learn Repertory Etudes and other works; perform and teach with local schools and community organizations; engage in scholarly research, archival documentation, and curriculum design; and gain administrative experiences in arts management. Through Dancing Legacy, Extension dancers worked with some of the legends of American Dance and shared workshops, seminars, education projects, and performances with other dancers from throughout the country.

DAPpers (Dance for All People) 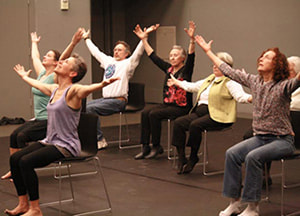 In 2013, Rachel Balaban founded DAPpers (Dance for All People) for people with Parkinson’s disease and other movement challenges as well as undergraduate students, recognizing the power of dance and intergenerational programming. DAPpers grew out of Artists and Scientists as Partners (ASaP), co-founded by Rachel with Dancing Legacy visionary Julie Adams Strandberg. DAPpers believes in the power of all people to find vitality, creativity and joy within their own bodies. They celebrate each other as they are and foster growth through dance, music, and dialogue in a welcoming community that encourages people of all ages, abilities, and identities to flourish. Since 2013, Rachel has adapted Repertory Etudes for the DAPpers who perform annually in Dancing Legacy's Mini-Fest. In 2016, the DAPpers traveled to New York City where they performed Rainbow Etude with Dancing Legacy at the Paul Taylor Studios and had a coaching session with choreographer David Parsons on Parsons Etude. 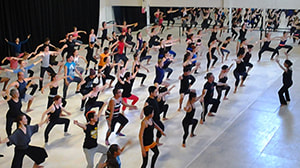 Dance Legacy: Southwest Project was part of the former Arts Learning Laboratory that worked to develop a new model for arts education that breaks down traditional academic structures towards a far-reaching redefinition of arts pedagogy. Dance Legacy: Southwest Project proposed a new way of preparing artists, scholars, and educators for a life within and beyond the world of dance, seeking to employ a fully integrated, inter-institutional curriculum for the University of New Mexico dance program including new upper division and graduate courses that would have provided exchange between UNM and Brown University students, professionals in the field, and community members. The intent of the project was to break geographical barriers, allowing students from UNM to enter the larger world of dance through immersion on the East Coast and also to reveal the unique artistic climate of the Southwest to the mainstream world of modern dance. We called it, “Ivy League Northeast meets frontier Southwest.” While the project was short-lived, the ideas and individual relationships live on, resulting in an informal "Dancing Legacy Hub" in New Mexico. 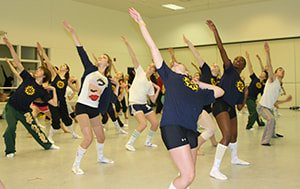 ​The New York State Summer School of the Arts (NYSSSA) School of Dance, led by Dancing Legacy visionary Carolyn Adams,  was a professional training program for young people. Students from across New York were selected through an audition process designed to identify both technical and creative potential. In four short and intense weeks, the students’ eyes were opened to the life of a professional dancer as well as to the depth and value of the arts. Dancing Legacy supported the NYSSSA School of Dance’s holistic educational approach by providing: access to the Repertory Etudes and other works, intimate interactions with professionals in the field and pioneers of American dance, opportunities to engage as dance researchers and community leaders, and exposure to conferences and educator professional development. 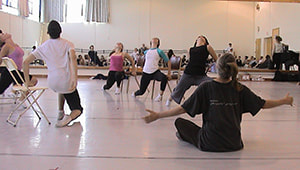 The SouthEast Center for Dance Education at Columbia College provided professional development services and resources to teachers. The Center was backed by the South Carolina Department of Education and the South Carolina Arts Commission through the Arts in Basic Curriculum at Winthrop University. In 1999, Dancing Legacy visionaries Carolyn Adams and Julie Adams Strandberg began working with Director Diane McGhee to design a coherent connection between master artists and educators that would support the further development of Repertory Etudes and the creation of related educational materials. The Center brought together teachers from North Carolina, South Carolina, and Georgia who came from schools with extreme variation in financial means and racial composition. Some were regular public middle and high schools, others were arts­-focused schools. The purpose of this array was to give depth and broad purpose to the new educational materials in the initial stages of development. Under the guidance of Carolyn and Julie, the teachers attended retreats to study masterworks, learn Repertory Etudes, and participate with master artists in forums on the creative process. Armed with these primary experiences, the teachers returned to their schools and developed materials while piloting them in their classrooms. It was necessary for the work to be authenticated with students and for the approach to address educational standards for dance. The project drew support from the National Endowment for the Arts and US Airways. The culmination of the partnership was publishing Roots and Branches: ​Dance Education Lesson Studies of the New Dance Group. Though the Center has long since dissolved, the partnership has provided a template for our Educators Cohort, utilizing the same model of vital professional development experiences and reciprocal development of educational materials and programs.
Central Falls and Dance For All People photos credit: Lucia Lopez