What  ADLI means to me: I was first introduced to ADLI as a freshman at Brown University. Throughout my four years as a student there, and in the years since I have graduated, ADLI played and continues to play a very important role in my development as a dancer, choreographer, arts administrator, and arts educator. I have learned so much through the work I have done with them and look forward to new discoveries ahead. 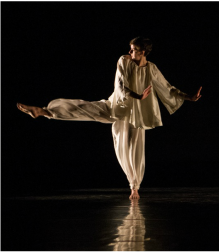 Education/training: I transitioned to dance from gymnastics when I was in middle school and was immediately drawn to the power and possibilities of choreography and dance composition. In high school, I began training at the 92nd Street Y Harkness Dance Center, where I was a member of the Harkness Repertory Ensemble, a modern and ballet teen performing group. I continued my dance education while at Brown University, where I was a member of Dance Extension, directed by Julie Strandberg. After graduating from Brown University with a BA in performance studies, I moved back to New York City where I have continued to dance, create, and learn from the many incredible artists and educators around me. 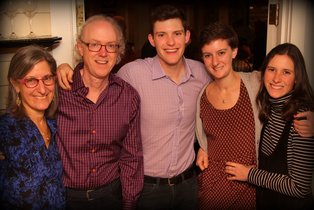 Professional experience: Since graduation I have had the pleasure of performing with Dancing Legacy, Wendy Jehlen/Anikaya Dance, and my peers. I have spent the last few summers working as an administrative assistant and assistant to the artistic directors at the New York State Summer School of the Arts School of Dance. I am currently the education assistant at BAX/Brooklyn Arts Exchange in Park Slope.

My favorite dance memory: Seeing the senior show my friend and I co-produced come to fruition. I learned so much about my creative practice through this project that I have continued to draw on.

What I do to recharge: I read and listen to music. I have recently been in a non-fiction phase, specifically memoirs, but I will read just about anything.

Click on a picture to get to know another dancer